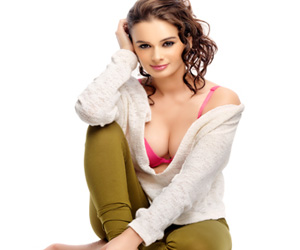 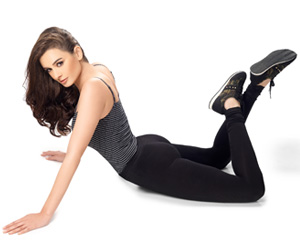 Bollywood actress and fashionista Evelyn Sharma, has been roped in to endorse the leading lingerie brand Bodycare in India.

“Evelyn is fast-emerging a trendsetter. Last year, she created history, becoming the only contemporary actress to have signed five movies before a single release. Now she becomes the first Bollywood actress among many to endorse a lingerie brand,” remarked Brishti Sen, Brand Manager of Bodycare.

Having made a mark in her debut movie From Sydney With Love, Evelyn was seen as a leading lady with Vicky Donor-star Ayushmann Khurrana and Kunal Roy Kapur of Delhi Belly fame in Rohan Sippy’s recent hit Nautanki Saala. Returning from her first IIFA experience, word on the street is, Bollywood’s new ‘it girl’ has signed two more movies in the lead already! Way to go.